Set in an alternate universe where Wonder Woman is actually the New God Bekka, the warrior goddess must take on a horde of Kobra soldiers to save her friend with benefits, Steve Trevor. 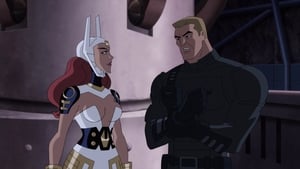